The story is out that the U.S. Department of Education’s inspector general is scrutinizing Western Governors University (WGU), the nation’s largest competency-based university and a high-quality innovator. The audit is likely around whether the faculty interaction with students at WGU is “regular and substantive” enough to meet the Higher Education Act’s requirement for distance education.

This is a waste of time and taxpayer money and only serves to slow down the innovation that is so sorely needed in higher education.

On the measures about which students, society, and government ought to care, WGU is an exemplar. The University has a record of good student outcomes that have improved over time. Those outcomes can be measured by everything from actual learning to job placement rates and employers’ satisfaction with the WGU graduates they hire. WGU is a disruptive innovator that has reduced costs dramatically to make a high-quality higher education within reach for many students who otherwise would not have access to college. And the University is consummately focused on actual student learning far more so than almost any other university in the world, as students only accumulate credits and move on when they demonstrate true mastery of a concept or skill, not based on the arbitrary measure of time that most of higher education responds to today.

So why the inspector general’s audit?

The regulation of higher education has historically been about monitoring the inputs of institutions—their facilities, the credentials of their faculty members, the granting of credits based on hours of course work—not student outcomes.

Although it is true that there is little system-wide assurance today that just because a provider is offering competency-based learning it is doing so in a rigorous and high-quality way—a key reason we need the type of quality assurance entity focused on auditing student outcomes that, yes, I’m working with Entangled Solutions to create—the traditional higher education system doesn’t offer much, if any, assurance around the quality of a higher education experience either.

The inspector general, unfortunately, has apparently had an obsession with interpreting the statute around regular and substantive interaction as tightly as possible to, in essence, mean that online learning should look the same as traditional higher education. That obsession has caused accreditors to pull back on authorizing competency-based programs. This of course ignores that traditional higher education often offers students very little regular or substantive interaction with faculty members. Indeed, as Clayton Christensen and I wrote:

Distance learning was alive and well in 1970 when Clayton Christensen was seated with 200 other students in the 45th row of the massive Joseph Smith Auditorium at Brigham Young University in History 170, a general education course that he had to take for his social studies requirement. The teacher was never aware of Clay’s presence or absence because everything was ‘distance’ beyond the fifth row. And the process was asynchronous: Clay was asleep while the teacher was lecturing and the teacher was asleep when Clay was reading the textbook. Asynchronous, distance learning is nothing new.

It also ignores that because of WGU’s pedagogical and online-enabled model, students actually have more faculty interactions than the typical student in a traditional university does. And those interactions are more targeted, meaningful, and supportive, as faculty can engage with students on a just-in-time basis when interaction is critical.

Although the inspector general needs to redefine its role, there’s a larger problem that this incident points to as well. Congress must update the Higher Education Act to allow for innovations in digital learning that change the nature of student-faculty interactions. A reauthorized Act should be far more concerned with promoting openness and transparency around student outcomes then regulating higher education’s inputs, which prescribe how institutions can accomplish their goals and limits innovation. Indeed, research has shown that more interaction in online learning isn’t always better, so we’re way past time for policymakers to get out of the business of keeping higher education in the Stone Age. 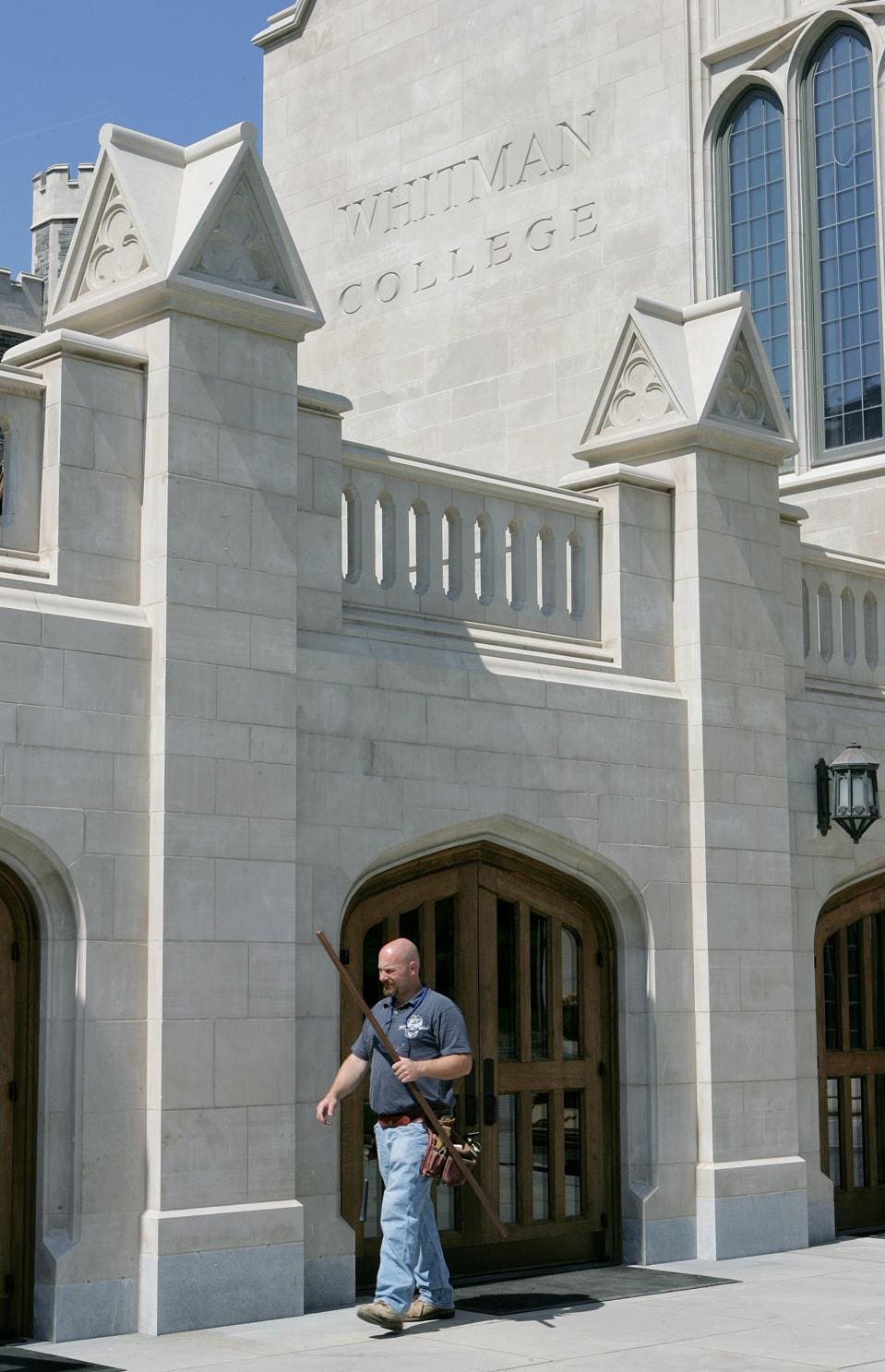 A worker carries a piece of wood trim as the finishing touches are applied to Princeton University’s new Whitman College, Sept. 5, 2007, in Princeton, N.J. With a $136 million complex of Collegiate Gothic-style stone buildings that feature huge, mahogany-trimmed dorm rooms, an art gallery and a 65-seat theater, Princeton University is preparing for its biggest increase in undergraduate enrollment since it started admitting women. (AP Photo/Mel Evans)

The reauthorization of the Higher Education Act may be unlikely to occur in the year of a presidential election, which is a shame, because the current regulations and the inspector general’s practices are wasting a lot of time and money on the wrong things, which only stalls the even-greater progress places like WGU could make for students and society.

How Blended Learning Is Sprinting Across Vietnam

College Is the New Cable Bundle. Do Students Deserve a ‘Netflix’?