Former Interns Tell How They Landed a First Job

In recent years, internships have gone from nice-to-have-on-a-résumé to absolutely critical. Employers today go on to hire about 50 percent of their interns as full-time workers, according to the Collegiate Employment Research Institute at Michigan State University. And the share is growing every year in industries like construction, consulting, accounting and scientific services.

This new emphasis has upended the traditional recruiting calendar on campuses nationwide. With more companies drawing from their intern pools, recruiters have shifted their attention from hiring soon-to-graduate seniors to scoping out juniors, even as early as the fall term, for summer internships. Postings for internships now make up a significant proportion of the overall entry-level job openings in engineering, graphic design, communications, marketing and information technology, according to Burning Glass Technologies, a data analytics company that studies the job market.

“There was a time when 50 employers came to recruit for interns,” said Patricia Rose, director of career services at the University of Pennsylvania. “Now we have 180. They want to wrap up talent before anyone else.”

No one wants to be the first full-time employer of new college graduates anymore. Internships are “a really smart way to recruit,” said Adam Ward, head of recruiting at Pinterest, where about one-third of interns are hired in permanent jobs. “It’s all about trying before you buy.”

With so many employers hiring their interns, the last internship before graduation is perhaps the most important one. “He who gets them last gets them for good,” Mr. Ward said.

So how do students make the most of these short-term experiences? I asked four recent interns in different industries to share their advice.

START EARLY Matthew C. Pickett now works in the State Department’s public affairs office, where he had his first internship the summer before college. “Having an internship or working as a teenager gives you a sense of how an office functions; you learn how to network, and you see what different jobs are like,” he said. “I also learned how to navigate in a group environment with people of all ages, not just my peers.”

He returned to the department every summer, building up the skills that got him hired after graduating from George Mason University in 2015 with a degree in history. 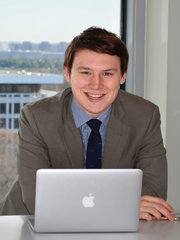 SELL YOURSELF In her junior year, Megan Mullen managed to meet most of the 70 employers attending a career fair at Indiana University. “You have 15 seconds to give an elevator pitch,” she said. “You can’t just hand them a résumé and expect them to read it. They won’t.” 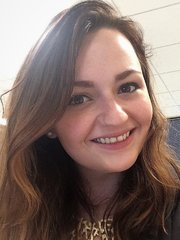 Megan Mullen on the job at Visa

Her advice: “Don’t just repeat your résumé. Tell them a story, bring up experiences that aren’t on your résumé and tie together your skills and experiences to show how you can help them. Getting an internship is a sales job.”

That day, Visa invited Ms. Mullen for an interview. She got the internship.

Once you’re there, she said, “don’t be afraid to tell people your career goals and what you want to do. They want to support you. Speak up.”

“But also be careful what you say,” she added. “I was unsure if I wanted to live in California,” where there was a full-time job with Visa. “I mentioned that uncertainty to my manager, who misconstrued it as me not wanting any offer that would place me in California.” Ms. Mullen, who graduates in May in informatics, will start in the fall on Grant Thornton’s cyber risk team. 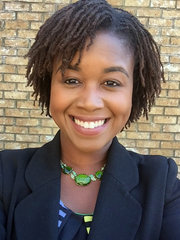 Lauren Morrison parlayed her internship at Ford into a job

DO YOUR RESEARCH Companies hire interns who show genuine interest in their businesses, not those who are just looking for a summer job, said Lauren L. Morrison. She spent hours researching Ford before the carmaker held its information session at Florida A&M University, where she was majoring in business administration. “By then, I knew what they were trying to do to improve customer service,” she said. “During a conversation with the recruiter I was able to connect the company strategy to what I learned in my business classes.”

Ms. Morrison landed a marketing stint with Ford in Orlando, Fla., and was the only intern in the office. “I was laser-focused,” she said. “I sat at my desk every day until my mentor told me that if I did just that for the rest of the summer, I’d be just a number in a large company. I went around and asked people what they were working on and if they needed help. I got another project that way, where I had to present to the regional managers at the end of the summer.” Her managers were impressed. Ford offers jobs to about half its 600 interns every year. Ms. Morrison was one of those hired.

BE PATIENT Zane MacPhee thought that interning with a minor-league baseball team before his junior year would get him to the big leagues the following summer, where he would do big things analyzing player data to improve the team’s performance. “I quickly learned that major league teams only take interns after graduation.” He went back for the summer to the minor league team, the Walla Walla Sweets of Walla Walla, Wash.

After graduation from Whitman College, he landed an internship with the Los Angeles Dodgers, but still no moneyball in the front office. Rather, he was a marketing intern picking subjects for the Kiss Cam. “When that ended, I sent out résumés to every major league team. I got one bite.” It was for another internship, this one with the Minnesota Twins.

“It was a small front office. I was able to show what I knew, so the Twins hired me. I never knew it would take so much time and grunt work to get where I am. You’ve got to pay your dues.”

Jeffrey J. Selingo is author of “There Is Life After College: What Parents and Students Should Know About Navigating School to Prepare for the Jobs of Tomorrow,” published in paperback this month.

The Impact of Betsy DeVos: A Q&A with Michael Horn

Why Do Colleges Still Give Preference to Children of Alumni?